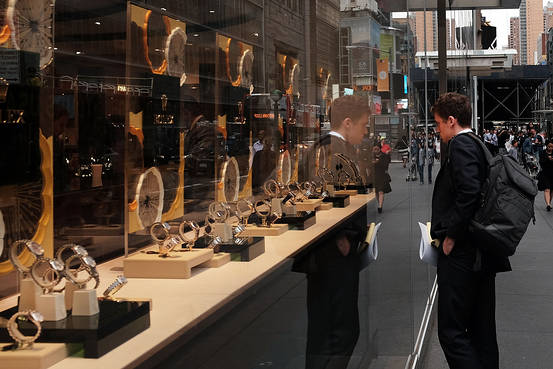 Economists typically see a pickup in consumer debt as a sign Americans are gaining confidence and feel more secure.

Americans’ debt grew in April as credit-card use surged, a sign of a rebound in consumer spending after a sluggish winter.

Outstanding consumer credit—reflecting Americans’ total debt outside of mortgages—rose by a seasonally adjusted $20.54 billion in April, or at a 7.33% annual rate, theFederal Reserve said Friday. Debt jumped 7.66% in March.

Economists surveyed by The Wall Street Journal had expected consumer debt to rise $16 billion in April.

The latest increase reflected a sharp rise in revolving credit, reflecting mostly credit-card debt, which increased at an 11.57% annual rate. That marked the second-biggest jump since the recession ended nearly six years ago.

Meanwhile, borrowing for cars and education grew at the slowest pace since July 2012. That category–so-called nonrevolving credit—expanded at a 5.8% rate in April after growing 8.05% in March.

Consumer spending accounts for more than two-thirds of economic output in the U.S. When consumers rein in spending, as they did in the first three months of the year, the economy typically slows.

Economists typically see a pickup in consumer debt as a sign Americans are gaining confidence and feel more secure. But the growth could also be a sign money is tight for many households and they have few other options than to borrow.

The latest pickup in debt comes amid steady job growth and early signs that Americans’ incomes are growing at a slightly faster pace after years of stagnant wages. Americans are also saving on gasoline, compared with a year ago, after a dive in oil prices from mid-2014.